This is Lyn who did have a fur allergy! She booked on one of my OldPain2Go® training courses as a trainee. The event was hosted by Karen who had a dog and we only became aware of the problem when Lyn kept choking and held a scarf over her mouth. So I ask her about her allergy and found she had it since childhood. Whilst she loves animals, since that early age she could not have them or be near them. We find out the original reason for her problem and ten minutes later her unconscious has agreed to turn the allergy program off – and it does. A few minutes later she is stroking Karen’s dog with no bad effect. This picture is one of her now, two months later, working with horses, something she would have always loved to have done and now she can, thanks to one OldPain2Go® session!

Today, Kaye is here and we are talking with my partner Trudy about the pain in her heel. Kaye trained with OldPain2Go® and wants to practice on Trudy. This raises the issue why I haven’t helped Trudy remove the pain! I explain that Trudy might not be a great volunteer as I feel she has no strong desire for it to go as she offers excuses rather than a straight forward “I wish it would,” we also get a but…..

Trudy has had several goes at shifting the pain and has now resigned to the “fact” that this injury will take some time to mend (having Googled it). To which I reply “That is rubbish.” And offer to find out what the problem really is.

We all sit around amazed – it has that effect however often we see it. So I tell Trudy I may have the answer that her unconscious would not give her. I discuss her past where she was in a relationship that included a business partnership that was very hard physical work (boarding kennel’s). Recently, when her heel started playing up, we were working physically hard doing alterations to a lodging room, a business she was now involved with. I felt her mind had matched the two things up and didn’t want her to go there again (in a depressing relationship/business partnership)!

I then crack a funny, “Heel, Heel” I shouted. At which point it became very apparent that Trudy had an “Aha” moment. It was in fact all about this previous relationship and business venture, and that during it she felt that she was called to the Heel of her “Master” for everything – total domination of thought and all that she did.

No wonder her body gave her pain and that it was keen not to let go as it didn’t want her to repeat the same mistake!

OldPain2Go® is a simple procedure and strangely is never dull to do because there is always some detective work needed!

If you can’t get the pain to turn off please remember to use the question “Is there a non-medical reason for this,” then it’s over to your imagination and theirs! 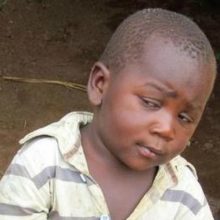 If you have been in pain for many years, this could be the answer. I do realise you will be sceptical and all I ask is that you open your mind to this possibly, but not so open that your brains fall out! I do explain it fully, why no-one needs to suffer when pain is just a message.